Juanita Kees is about to release her second novel, Under The Hood, with Escape Publishing,
which makes 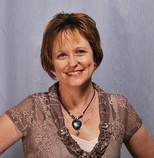 Juanita an Escape Artist, just like me! It will be lovely to have
His Brand Of Beautiful published with Under The Hood at Escape in the same month.

Juanita is a writer, editor and wonderful volunteer at Romance Writers’ Australia where she pulls together the informative bit of weekly news,
Cruisin’ The Blogs.

Somehow, it seems rather apt to me that a lady known for Cruisin, would come up with a title called Under The Hood. But could Juanita change her own tyre in a crisis? That’s the ten thousand dollar question! And no, I didn’t ask it!

Thank you so much Juanita for being part of:
From Left Field…

The name of the game here is bravery! My blog has been about my path to publication, and while a writer can read any number of articles on writing craft, one of the most valuable things to me was reading excerpts, and well, just reading, to see how good writers put all that craft together.

So the first question I’ll ask is:

Lily M: Share with us the opening paragraph of your book as it began and how it is now.

Juanita K: Today I’m sharing from my debut release, Fly Away Peta. The funny thing: not much changed in the opening paragraph. The only change was it originally opened with the line of dialogue.

Peta tossed the cushion she’d been clutching back onto the sofa, irritated. ““No! Absolutely not! How can you even ask, Mark? My daughter is missing! This is not the right time for me to be out there pretending everything’s normal.”

Juanita K: Peta’s heart felt as if it was being torn apart as she watched him absorb her question. Threatening tears burned at the back of her throat.

A shadow passed over Jaime’s face. What was she trying to say? That she didn’t want him around? “Peta, we need to talk. We need to sort this thing through. Now that this business with Paul is settled…” He broke off as Mark came into the room.

Mark’s expression was dark as he drew nearer the bedside. He placed an arm around Peta’s shoulder and hugged her quickly before releasing her again. “I’m afraid it’s not over yet,” he informed them.

Lily M: Mark is my favourite character in Fly Away Peta. I love how he looks after his sister.

Lily M: What is your greatest “lightbulb moment” in terms of Writing Craft?

Juanita K: Now there’s a tough one! Where should I start? Probably random POV switches that sneaked in when I wasn’t looking. I had to train my brain to spot them. I’m sure a few slipped through the cracks.

Lily M: What keeps you awake at night?

Juanita K: Ideas and scene planning in my head. I have to get up and write them down because I never remember them in the morning!

Lily M: If you could choose three items on the list below to take for a week camping in the Australian outback, which would you pick? (You can assume there are magical batteries for anything electrical).

Juanita K: I’d choose the Kindle and I’d have: Seven Nights in a Rogue’s Bed (Anna Campbell), Cottage by the Lake (Karly Blakemore-Mowle) and The Viscount’s Pleasure House (Suzi Love) loaded ready to go. And I’d pick the battery-powered Nespresso and endless supply of Pods and George Clooney to make coffee for me and look like… George Clooney.

Lily M: Coffee before alcohol. That tells me much! And what’s this about George? From what I’ve picked up along the traps, I think you’re battling Jennie Brumley for prize-winning hubby in romance circles! I’ve been meaning to ask what Gavin got you for Valentine’s day? I know Ms Brumley got a bunch of (you guessed it) Lillies!

Lily M: My book is called His Brand Of Beautiful. Can you tell me what you would describe as ‘your brand of beautiful’ – in terms of your current partner?

Juanita K: My husband can cook, clean and do laundry! I chose well.

Lily M: Can you tell me the best thing about Fly Away Peta? Who would absolutely love it?

Juanita K: I like to think Fly Away Peta has a little bit of everything. It has romance, intrigue, suspense and ‘real’ issues people deal with every day. The absolute best thing is the cover! I loved it from the moment I saw it.

People who are looking for a story that might not follow all the rules of category romance, will enjoy this story, I’m sure. It might also appeal to lovers of Australian rural romance being set in the small rural West Australian town of Williams.

Juanita K: One of my favourite scenes from Fly Away Peta is when Jaime sees Peta for the first time in ten years:

Dear God, he’d never thought it possible she could be more beautiful than he remembered. Tightness gripped his heart painfully. He swallowed around the lump in his throat.

As he stood at the base of the stage staring up at her, she looked down at him and their eyes met and held. He heard her voice falter slightly as shock registered on her face.  She tore her eyes from his and moved away across the stage. Jaime felt his heart plummet from his chest down into his stomach. He didn’t want to feel this way! He should’ve stopped feeling this way about her after all this time. His lips tightened as he took one last look at her and strode from the hall.

Peta stared down at Jaime’s departing back, her heart pounding. For a fleeting moment she’d thought her mind was playing tricks on her. Conjured him up as she sang the song she’d written for him. Panic seized her and she heard her voice falter. Desperately she tried to regain her concentration and banish him from her thoughts. She could not get caught up in the magic he weaved again! With difficulty, she fought off the waves of dizziness. She’d known it was a mistake to come back to this town. She’d avoided the place for ten years both dreading and anticipating this moment.

As Jaime slammed through the rear door of the hall, she felt her heart shatter. Part of her wanted to leap off the stage and run after him, but she knew she wouldn’t.

Thanks so much Juanita for being part of Left Field with Lily.

For more information or to connect with Juanita Kees, visit:

View all posts by Lily Malone